A view over the rooftops of Madrid since 2001 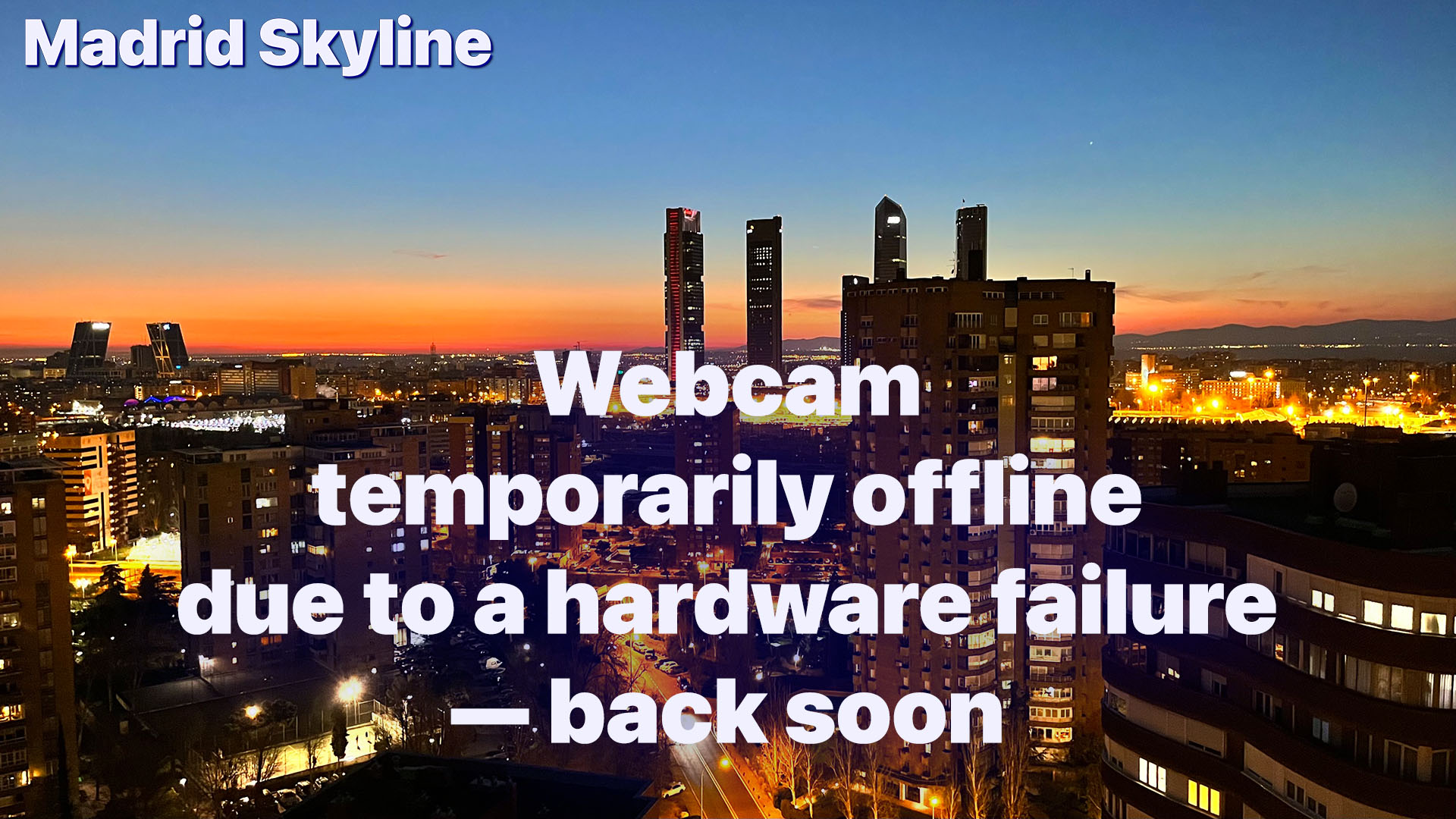 The webcam transmits a high definition 1920×1080 pixel image every 30 seconds.

The camera is pointing WNW toward Madrid-Chamartín Clara Campoamor railway station and the Cuatro Torres Business Area. This includes Torre CEPSA, the tallest building in Spain at 250 metres (820ft) high.

The webcam clock is synchronized with the Spanish Navy Observatory (Real Instituto y Observatorio de la Armada) which is the Time Stamping Authority in Spain. Accuracy of the webcam clock is usually ±1 second. Local time zone is CEST (Central European Summer Time) which is UTC +02:00, although Madrid is geographically at UTC -0:15. 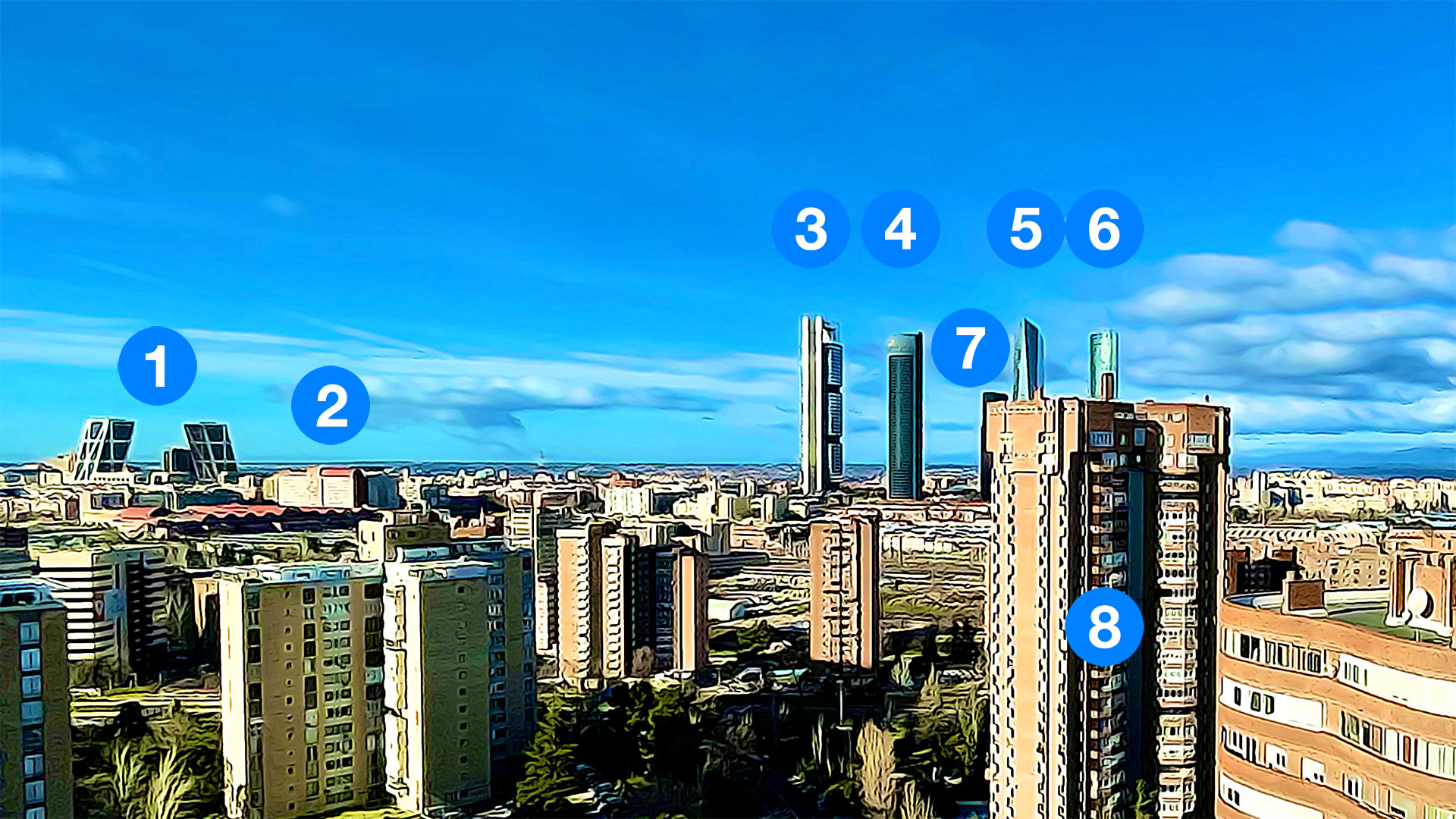 Storm Filomena was a extratropical cyclone in early January 2021 that was most notable for bringing unusually heavy snowfall to parts of Portugal and Spain, with Madrid recording its heaviest snowfall since 1971. The eighth named storm of the 2020–21 European windstorm season, Filomena formed over the Atlantic Ocean close to the Canary Islands on 7 January, subsequently taking a slow track north-eastwards towards the Iberian Peninsula and then eastwards across the Mediterranean Sea.

As Filomena was crossing the Iberian Peninsula, the leading edge of the storm collided with cold air that was being channeled down from the Arctic by an area of high pressure centred over the United Kingdom; the constant supply of cold air and slow movement of Filomena resulted in persistent heavy snowfall, reaching up to 60 cm (24 in) in Madrid. At least 5 people were killed due to the effects of cold weather in Spain during the passage of Filomena: three in Madrid and two in Málaga. Impacts elsewhere were minimal as Filomena moved away from the high to its north, lost its supply of cold air and weakened, and the storm was last noted over Ukraine on 15 January. The storm killed 5 people and caused an estimated €1.8 billion (£1.61 billion; $2.2 billion) in damages.